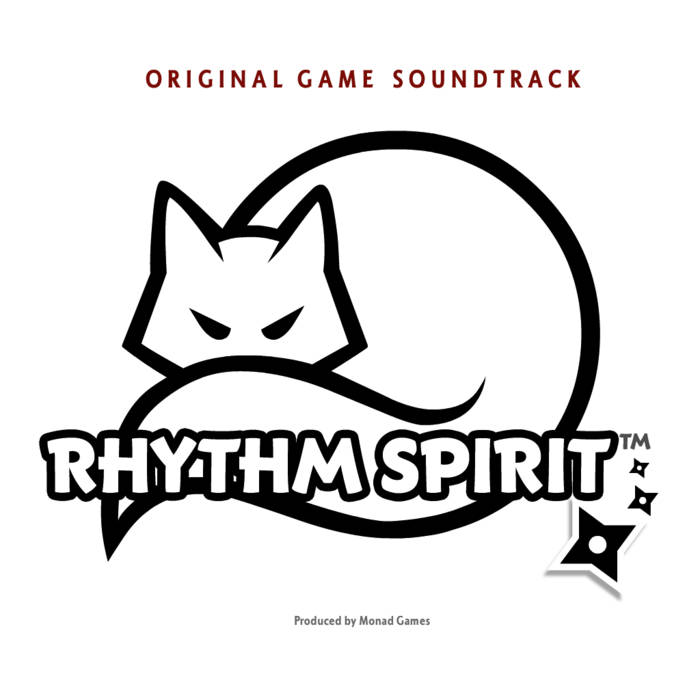 A debut release featuring a "zen-remix" official soundtrack from the 2010 iPhone game: "Rhythm Spirit" which is no longer in the App Store but will one day return!

The music was inspired from the game itself. Steeped in Eastern folklore, its about a wandering swordsman who unwittingly receives a strange, fearsome power from a mysterious fox spirit. He soon finds himself embroiled in a bizarre and bitter conflict between the demons and deities of an ancient land.

The album has a broad range of techno music laced with traditional Japanese instruments. Tracks like "Escape" and "Demon King" bring you hard hitting Drum-n-Bass beats, while "Blue Tengu" and "Strange Evening" contrast with mind numbing Trance. Other tracks include Happy Hardcore, Dance and Break Beats.

The game is a story-based, action-oriented rhythm game in which you battle opponents using musical cues. Unlike most rhythm games, which tend to focus on dancing or instruments, Rhythm Spirit incorporates real-time action and fighting mechanics to create a new type of game experience.

Bandcamp Daily  your guide to the world of Bandcamp

Featuring appearances from Kari Faux, Bluestaeb and and interview with NY-bred artist Wiki